Book Reviews for books read during Spring and Summer 2016

Book Reviews for books read during Spring and Summer 2016
I have had a fast and furious spring and summer reading sprint interspersed with all those activities that make the seasons what they are and have curated an eclectic and exciting list for those who are interested in Viking History. 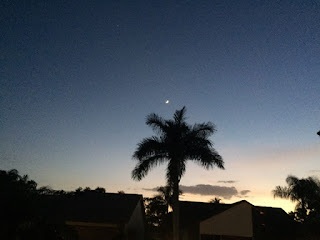 John Haywood's THE PENGUIN HISTORICAL ATLAS OF THE VIKINGS, Penguin, 1995.  948.022 /HAY, provides an essential roadmap to the history of the Vikings. This atlas provides a rich and comprehensive overview into the socio and geopolitical influence of these people's  throughout Europe and the Mediterranean.  It is a great companion to the students of the Vikings.

Lars Brownsworth's  SEAWOLVES A HISTORY OF THE VIKINGS - 2014 Crux Publishing Ltd. Is not for those faint of heart. This narrative history is compelling in its content depicting the magnitude of the Viking influence; it's politics tactics and barbarism from North America to the Caspian Sea. Indeed, the Muslum and English tribute silver sustained the Vikings and provided economic power to rule with ultimate authority.


Robert Ferguson's The Vikings, A History, Penguin, 2010,  948.002/FER, presents a comprehensive, sequential history of the Scandinavian peoples and the Viking age. This book is captivating and detailed; I feel it brought the meaning of Viking to a higher level than the marauding killers of yore!


David Nicholas' THE NORTHERN LANDS, GERMANIC EUROPE,  1270-c. 1500 Wiley-Blackwell 2009, 943 /BLA. Presents the social and cultural histories of Northern Europeans. This book is academic and comprehensive giving the reader a clear understanding of the political, legal, and cultural history of 13th- 14th-century Germanic history. The book is weighty and essential to the student and scholar.


Bernard Lewis's What Went Wrong, Western Impact, and Middle Eastern Response. Oxford University Press. 2002,  956/LEW, Provides another look at Islam from the master of understanding. Dr. Lewis in his final look provides insights into Islam that are not readily available to westerners.

Anderson Cooper and Gloria Vanderbilt's THE RAINBOW COMES AND GOES; A MOTHER AND SON ON LIFE, LOVE, AND LOSS, 2016 HarperCollins, is an extraordinary little rich boy story that brings humanity to a story that needed to be explored by the players. These two have a lot of baggage yet were able to get through life and then find each other, catharsis. I  liked this book.
Posted by Farmington Libraries since 1901 at 11:47 AM