We had a fantastic turnout for the showing of last night's documentary film, Genetic Roulette. As many of our audience members attested, people generally do not know what the harmful effects of GMOs are nor how much they infiltrate our food supply -- as stated in the movie, these organisms are in upwards of 70% of what we eat, leading to an alleged increase in widespread illness and food allergies in our country and abroad.

GMO stands for "genetically modified organism" and is the result of a laboratory process where genes from the DNA of one species are extracted and artificially forced into the genes of an unrelated plant or animal. According to the Institute for Responsible Technology, "Genetically modified foods have been linked to toxic and allergic reactions, sick, sterile, and dead livestock, and damage to virtually every organ studied in lab animals. The effects on humans of consuming these new combinations of proteins produced in GMOs are unknown and have not been studied." But there is enough emerging evidence to concern scientists and to make the information in Genetic Roulette very powerful, eye-opening, and disturbing.

There are a number of organizations around the country working to educate the public and organize a movement to institute measures to protect the consumer, including the proposal of a labeling law that has so far been defeated in the nineteen states that have proposed it. (Connecticut's own attempt was defeated in Spring 2012, but organizations such as GMO Free CT, and GMO Free Hartford are still working with legislators on education and awareness.)

In attendance last night were state rep Brian Becker and state rep-elect Mike Demicco, both of whom encouraged members of the audience to contact their legislators with their concerns on this issue as well as to spread the word amongst their friends, neighbors, and colleagues on the importance of it and the information shared in the film.

Members from GMO Free CT were also in attendance, offering information on how consumers can protect themselves from GMO-infused foods by choosing organic options or brands whose products are GMO-free.  For a list of these companies and products, follow this link.

The following links also offer information on this important topic as well as ways you can get involved:

Lots of fun and musical, The Farmington Choral Group sang Christmas carols and then there was a visit from Santa.  It was a great party with treats for the tummy and decorations to make and music to hear.
Posted by Farmington Libraries since 1901 at 6:24 PM

Farmington Libraries will open the Main Library on Sunday afternoons January through March, 2013, from 1:00 to 4:00 pm 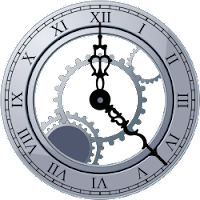 Executive Director Jay Johnston says “I am looking forward to opening the main library to our community on Sunday afternoons this winter.”  The Library Board wants to give everyone an opportunity to enjoy the library experience on those cold, dreary winter weekends. The Friends of the Library, with the Farmington Heritage Alliance, will present programs on various historic topics on these winter Sundays. The Friends also plan to host a concert, and the library will present a puppet show and an oral history program. In addition the library is launching a new program to collect two minute video history notes from grandparents and parents answering the question, “What do you want your great grandchildren to know about you?”  These video notes will appear on the library web portal for all to see and learn from.

Johnston reminds the community that the Library Board is providing these additional services in the hope that people can have a better quality of life through the many programs and services that the libraries provide for residents of all ages. As The New York Times reported,  a Pew Study on October 23, 2012 reveals that  over 60% of young Americans frequent libraries; this runs contradictory to the popular notion that libraries are not on the under 30 radar.  See you all at the Library on Sunday!

The Farmington Library is part of the Farmington Village Green and Library Association.  Please contact the library with questions: 860-673-6791, or visit our web site: http://www.farmingtonlibraries.org/.