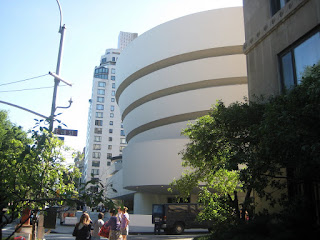 Linda Tomasso stuck her head in my office yesterday and asked for a moment. It was a beautiful day and I was in good spirits however, not prepared for the kind words Linda brought from her daughter Amy's winning national Letters about Literature contest 2010 entry. The Library of Congress, State Centers for the Book, and Target sponsored it and Amy has won twice. http://www.lettersaboutliterature.org/state_winners I was especially overwhelmed by Amy's personal experiences with Farmington Libraries and Miss Vita Lashgari. Please enjoy this tribute. 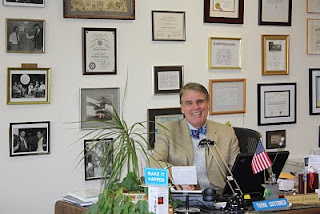 Librarians are the special messengers of books, the Irises of the literary world, and it is because of two of these messengers that I was introduced to, and fell in love with, Richard Halliburton’s Complete Book of Marvels. This rare jewel of a book, an absolute treasure, would never have found me without the intercession of two devoted book lovers who dedicated both time and goodwill in giving a little girl the best gift of all: the gift of reading, manifested through a marvelous piece of literature.
When I was eight years old, my family and I were visiting friends in Washington, D.C named the Sobhanis. Every night, we would read aloud from a musty volume, treacherously heavy for eight-year old arms, and nearly bursting at the seams. I became enthralled by the tales of adventure, daring, and wit, and captivated by this Richard Halliburton, a man whose name may be a mouthful but whose adventures far exceeded my wildest dreams. The book had been a gift to our friends by their grandmother—a librarian herself—who had wanted to share Halliburton’s spectacular story with her grandchildren. And why wouldn’t she—the book is a masterpiece, unsurpassed in all regards. Hoping to acquire the book for our own personal collection, my mother took down the name, eager to discover the next episode in Halliburton’s saga.
How could she have known, then, that the Complete Book of Marvels had long been out of print and off the market? It would take more than a trip to Border’s or an Amazon search to be lucky enough to find a book so perfect that all available copies were guarded with careful hands by bibliophiles around the world. Our next obvious stop would be our rich local resource, The Farmington Library, with its busy shelves of waiting treasures and wonderfully helpful, welcoming librarians. Among these special ladies was Vita Lashgari, who frowned upon failing to find Halliburton among Farmington’s in-house authors. In fact, only with difficulty could she find a copy of his Complete Book of Marvels through inter-library loan. Being resourceful—after all, Miss Vita IS a librarian—she located not one but two copies on a used book site and secured them both. One of these copies is now permanent property of The Farmington Library, available to help young people discover the world afar as I did. The second, purchased as a gift from Miss Vita herself to my brothers, sister, and me, is a heavy, musty green volume similar to the one I remember from Washington, only ours has left-over pink wall-paper pasted in as the book’s endpapers. It is this beloved and even further worn copy of Marvels that inspired my 2010 Letters about Literature entry to Halliburton.

(My mother adds the fact that both of our librarians friends married into Persian families originally from Iran. It is very likely that their fathers-in-law overlapped in the Iranian military and knew one another back half-way around the globe, which would have made Halliburton very pleased indeed!)

Adventure. What a compelling concept. Fascinating and awe-inspiring and intimidating. And, I’m afraid to say, increasingly forgotten and underrated. Adventure is what we desire, yet as a collective human race, we’re bogged down by the rest of life, the trivial matters and tribulations to which we have no choice but to attend. It’s far too easy to forget about spontaneity and fearlessness, to never live out the dreams we create for ourselves in the quiet corners of out hearts. Throughout my childhood when I read—and especially this year when I reread—your Complete Book of Marvels, I was thrilled to find a kindred spirit in you, to follow your own adventures with incredulity and fascination, and to summon the courage to create a true adventure of my own.

I am of Italian heritage, something of which I am undoubtedly proud, yet equally detached from due to the all-inclusive melting pot we call America. Here, individual cultures mesh together in the name of red, white, and blue. This, coupled with the fervent and unquestioned desires of my immigrant ancestors to leave behind their old-country customs and languages but fast, has left me with far too vague a knowledge of Italy. All that remains is the celebratory pasetine soup my great-aunt concocts every Christmas. All I knew was that we had distant relatives in a little village called something with too many consonants, perched on a mountain near somewhere with too many vowels.

What a surprise, then, when I had the opportunity to study Italian and travel to that village by myself, merging together two unspeakably distant cultures—my comfortable suburban routine and the classic, tradition-clad, dolce vita of Italian life…mamma mia! I was aware that this would be one of the most influential experiences of my life, for better or worse, yet I had no way of comprehending the complete anxiety and nerves that began eating away at me as the trip drew nearer.

What was I thinking, bounding out of my comfort zone, and was I ready? Then again, would I ever be ready?

It was then I remembered your book, which had delighted me so as a child when my mother would read it aloud. A book chock full of travel stories and worldly experiences—swimming the Panama canal, bathing under moonlight inside the Taj Mahal, and retracing from atop an elephant Hannibal’s alpine passage into Italy, where you finished your adventure gazing starstuck at the glories of this ancient civilization.
What better way to prepare myself for my own adventure than to share in yours? As I devoured each episode of your travels, many done solo, I began to find assurance. “If Richard Halliburton could do it,” I repeatedly thought, “then so can I.”

During my weeks in Abbateggio, Italy, when my linguistic skills faltered or my homesickness gnawed at me or even when I was cultivating the best memories, such as attending a country wedding, making homemade pasta with my aunt, or frequenting an open-air concert by Italy’s famed Tiziano Ferro, I would reflect on your example in the Complete Book of Marvels, finding advice that far outweighed any dictionary or guidebook. “What would Richard Halliburton do?” I’d like to think that my travels would have been far less meaningful without that recurring thought. Though small and seemingly insignificant, the answer it hailed meant the world to me. I know you’d be proud to hear that the quiet girl from the suburbs, the one who surprised herself with a passion for adventure, boarded a plane at age fifteen, bound for a country she’d never been, speaking a language she’d barely mastered, set to stay with family she’d never met. The same girl uncovered a new sense of independence, a fearless sense of adventure, and a fiery sense of confidence and self-awareness. I can do anything I want, so long as there is drive and desire, and that knowledge is more empowering than the best accessory. I know this, because that girl was me; I’m the one who read a book of faraway places as a young girl and was inspired beyond any measurable means to have adventures of my own. I never imagined I would be standing in your shoes. For this, Richard Halliburton, I say grazie.

Farmington Libraries Main Video Boutique, if you can't find it we will. 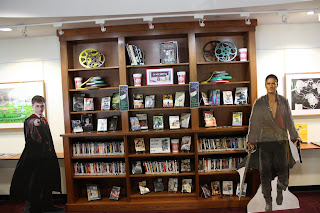 It was just great to meet and greet a new family just arrived at Farmington from Iraq. Please note they each now have a library card and a smile. 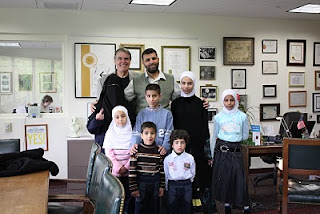