It was a great honor to meet and introduce Dr.Rabbi Philip Lazowski and to hear his story of survival during the Holocaust. Dr. Lazowski is a wonderful speaker and humanist, his story was transformational. 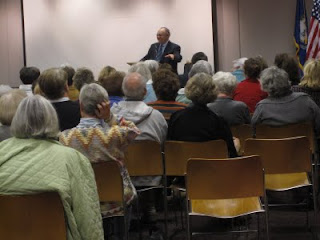 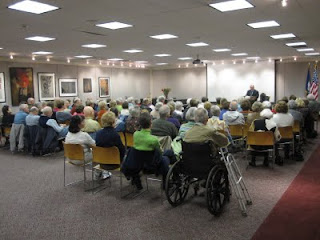 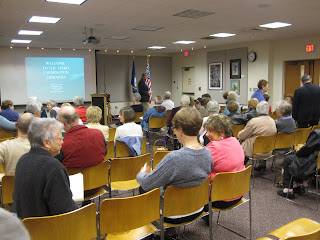 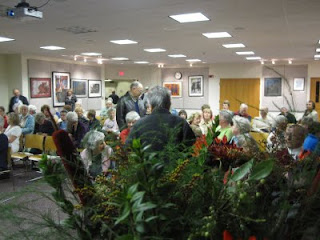 My Remarks
November 10, 2009
Kristallnacht the night of broken glass


This is our third kristallnacht program here at Farmington

It all started few years ago with a visit from my good friends Phyllis and Sy Lapin, & Celeste Lewitt. When the idea of a Kristallnacht program, here at Farmington was first discussed. We all knew how important it was for people to understand and to never forget what happened on November 10, 1938 in Nazi Germany and Austria. ……
It all began in a personal way, when a German Diplomat Ernst vom Rath was shot and killed by Herschel Grynszpan a distraught German-born Polish Jewish boy living with his uncle in Paris. He shot Vom Roth in protest of the expulsion of his family from Germany. He killed so the world would know the terrible states his family was in which he learned by a pitiful letter from his sister written at the Polish border, This event was the flashpoint for the NAZI hate and, a coordinated Austrian German attack on all the Jewish people and their property where: 99 were murdered that night and 30,000 arrested and put in concentration camps. 267 synagogues were destroyed and thousands of homes and businesses ransacked. This was done by the Hitler Youth, Gestapo, and SS. Kristallnacht also served as a pretext and a means for the wholesale confiscation of firearms from German Jews. These are things that must not be forgotten so that they will never happen again. And, I don’t want to forget Sy Lapin who was taken from us on November 5th last year who helped me so much in these programs. Please! one moment for Sy...


Now, I am so honored to introduce our most distinguished guest, scholar, author, and honored speaker: Rabbi Philip Lazowski the author of many books and papers; but who, today, will speak of his own Faith…… and Destiny. A story of his survival during the Holocaust….. Dr. Lazowski…..


Books by Dr. Lazowski: Understanding Your Neighbor's Faith: What Christians and Jews Should Know About Each Other, Rediscovering the Prayerbook, the Daily Service, A home guide to Jewish rituals, holidays, and prayers, Reflections on faith, Passover Haggadah: From the Depths to Redemption

Also, Special thanks to Kay Donnelly for her valued assistance in the program …….
Posted by Farmington Libraries since 1901 at 11:40 AM